A level 2 was issued for SW Iberia mainly for severe wind gusts, tornadoes and excessive precipitation.

A level 1 was issued for the area surrounding the level 2 mainly for severe wind gusts, tornadoes and to the lesser extent for excessive precipitation.

A deep trough, filled with very cold airmass is forecast over Western Europe with significant mid and upper level flow surrrounding it with windspeeds locally over 40 m/s at 500 hPa level. Several impulses are forecast to rotate around the trough in strong westerly to southwesterly flow. To the east, a ridge will stretch from Southeastern Mediterranean to Russia.

At the surface, a complex pattern of low pressure systems will cover most of Western / Southwestern and Central Europe. Main frontal zone will lie across Iberia, then curving northeastwards from Northern Italy to Central Europe and a warm front will cross Belarus by the end of forecast period. A high is expected to stretch across continental Russia.

Two waves of significant weather are expected over the penninsula as two mid and upper level disturbances translate eastwards in strong zonal flow. Both of the disturbances will be accompanied by a surface low and a frontal system.

The first wave is expected to last between 06 UTC - 12 UTC and the second wave between 18 UTC - 06 UTC (but is expected to continue into the next forecast period). The threat will shift eastwards with time as the disturbances rapidly propagate eastward. As of Wednesday 00 UTC, one of the impulse is already affecting the weather across Iberia with thunderstorms developing in the region of dry intrusion over the Atlantic Ocean.

In both cases, models are in agreement considering that in the warm sector of the surface cyclones, high Theta-E airmass is expected to advect inland with marginal values of CAPE. Highly dynamic situation will boost up the wind shear - more than 30 m/s of bulk shear in deep layer and more than 15 m/s of bulk shear in 0-1 km layer are suggestive of a high potential for organised thunderstorms. Moreover, enhanced SREH values are simulated, over 300 J/kg, both in 0-3 and 0-1 km layer. 25 - 30 m/s flow at 850 and 700 hPa suggests a threat of damaging wind gusts in even the weaker thunderstorms. Strong low layer windshear in combination with humid airmass (low LCLs) will enhance the tornado threat with even a strong tornado not ruled out in this scenario.

In case of wind gust and tornado threat, one of the main uncertainities is the prediction of the storm mode. Strong forcing and abundant precipitation produced by the individual model runs is suggestive of a widespread tstm development, possibly forming an MCS. A strongly forced convective line is not ruled out with quickly traveling disturbances, especially in the region of the dry intrusion around the cold front. In case of strongly forced convective lines, LEWP and bow echoes might develop with enhanced threat of wind gusts or tornadoes. Isolated supercellular development is not very probable. Another questionable factor is the penetration of the humid airmass inland and whether the instability will be rooted in the boundary layer although most of the model output is optimistic concerning the presence of boundary layer CAPE.

Another severe weather threat should be an excessive precipitation. Strong and persistent coastal convergence should lead to possiblity of several waves of showers, especially on SW coasts of Portugal, Spain and around the Straint of Gibraltar. Tropical airmass characterized by high dewpoints and relative humidity across the lower troposphere should provide plenty of moisture to the developing of storms and high precipitation efficiency. Both GFS and ECMWF produce significant precipitation amounts for this region, especially during the night and morning hours of Thursday. 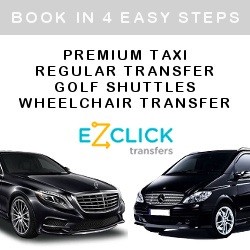